Whether you live in or are visiting Iran, you need a VPN to bypass censorship and prevent surveillance on the Irancell network. This guide will show you how to safely use a VPN in Iran and which VPNs are the best.

Many internet sites are geo-restricted in Iran; residents living in Iran face strong internet censorship, and cannot use certain VoIP or social networking services. A VPN will ensure that they can safely access these.

Iranian residents also undergo heavy monitoring on all of their internet use. All internet activity goes through the state-controlled internet network, meaning users have to be careful about what they say and do online. With a VPN, you can hide your activity and regain some online privacy.

Below is everything you need to know about using a VPN in Iran and how you can overcome blocks on the network provider Irancell.

How to use a VPN in Iran

If you want to avoid internet surveillance in Iran or overcome message blocks on Irancell, you should use a VPN. Fortunately, it is easy to do so. Firstly, you need to get a VPN that works in Iran; we’ve compiled a list below of the best VPNs for Iran to make this first step easy.

When you have signed up for a VPN plan you need to install the software onto your devices. After the installation is complete, open up the app up and connect to a server of your choice. 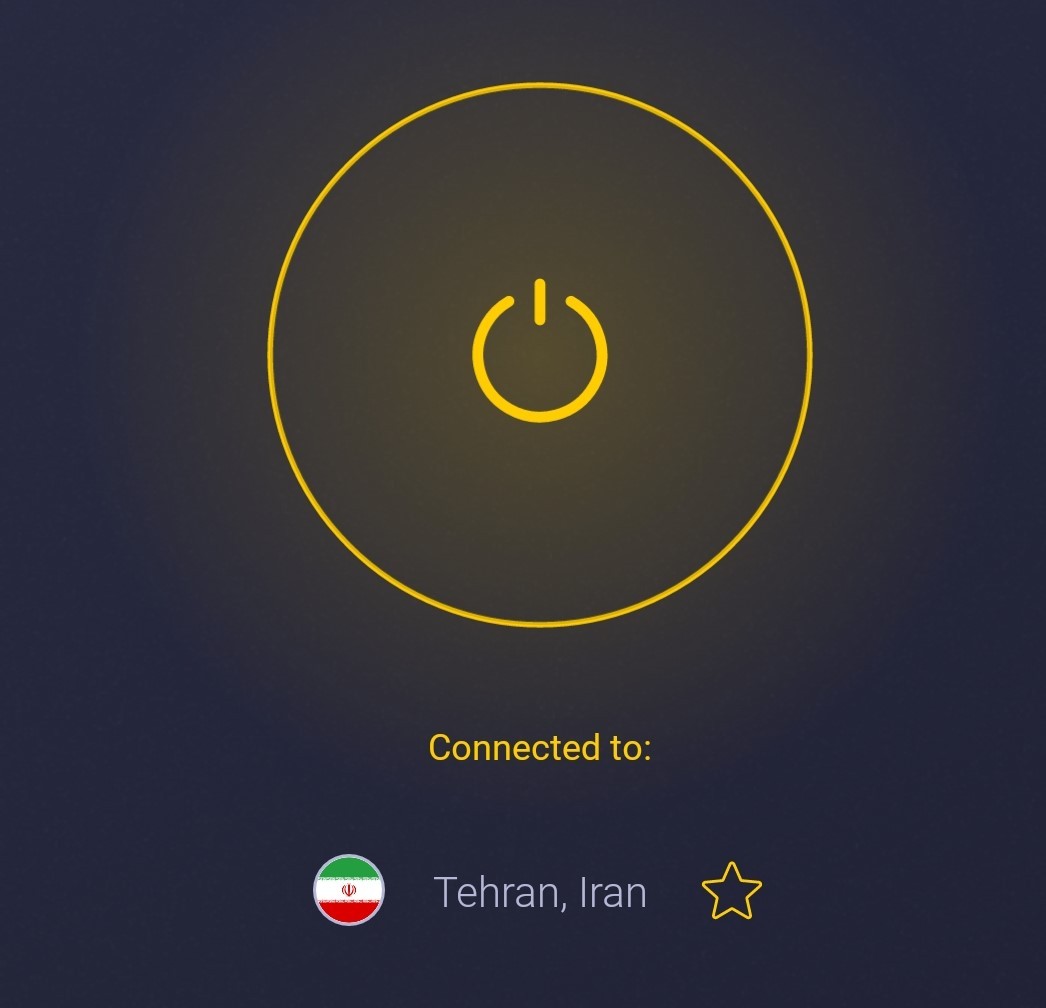 Once you have an active VPN connection, you’ll be able to hide your internet traffic from government surveillance and also overcome blocks on Irancell. Irancell is the country’s largest telecommunications company and is known for surveillance and blocking certain communications. By using a VPN you can hide your messaging activity and also avoid blocks on the network.

If you have a VPN that offers unlimited data, you can leave the VPN running on your devices at all times. However, you can easily switch off the VPN by tapping on the disconnect button in the app.

There are not many VPN services that offer servers in Iran; for this reason, we’ve found a few of the best VPNs that offer either excellent security and privacy protection or come with real IP addresses in Iran.

Whether you want to protect your privacy online or change your IP address to Iran, you can with the VPNs below.

NordVPN is one of the best VPN services on the market if you want to overcome internet surveillance and enjoy more freedom online. It operates a server network with more than 5,000 servers across 60 countries; although it doesn’t currently operate servers in Iran it gives Iranian residents a host of server options to connect to.

In terms of protecting your internet traffic, there is military-grade encryption and support for secure VPN protocols like NordLynx and OpenVPN. There is also a no-logs policy meaning your VPN session will remain private at all times.

Connection speeds are very fast, especially when you traffic your data over the NordLynx protocol. If you’re based in Iran and connect to a server in the US, you won’t need to worry about slow speeds.

You can use NordVPN on up to 6 devices at any one time and there is support for many operating systems. There are apps for Windows, Mac, iOS, Android, and more.

While NordVPN has many strengths, remember that it can’t provide you with an IP address from Iran; if this is important to you, then look elsewhere.

Surfshark is another excellent VPN service if you want more privacy and security online in Iran. There is military-grade encryption, private DNS on servers, and secure protocols such as WireGuard to ensure all of your internet traffic remains private at all times.

Surfshark comes with many other advanced privacy features. These include CleanWeb which will protect your connection from malicious ads, trackers, phishing attempts, and malware. As well as this there is a kill switch that will automatically protect your data from third parties in Iran if the VPN connection drops.

If you need to mask the fact that you are using a VPN in Iran, Surfshark also comes with a Camouflage mode. This is a great security feature that will ensure Irancell and other networks can’t see you are using a VPN. There is also a no-logs policy that will keep all of your data safe.

All Surfshark subscription plans come with an unlimited simultaneous device connections policy. This means that you can download the VPN on all compatible devices such as macOS, Windows, Android, iOS, Linux, and more.

If you want access to blocked sites in Iran, you can bypass geo-blocks with Surfshark. Surfshark unblocks around 15 Netflix libraries, VoIP services like Whatsapp, and social media platforms like Tumblr.

CyberGhost is the first VPN on our list that actually offers Iranian servers. This means you can get an IP address from Tehran by connecting to one of CyberGhost’s 14 servers in Iran.

If you live in Iran and want to overcome geo-blocks, CyberGhost is a fantastic option. It operates more than 7,600 servers in 90 countries, making it one of the largest server networks in the world. CyberGhost can unblock an array of websites including sports streaming sites and streaming giants like Netflix.

Not only will you be able to easily change your virtual location with CyberGhost, but you can protect your data. There is military-grade encryption, secure protocols, and a kill switch to ensure that your data is never revealed to the Iranian government.

CyberGhost’s app is extremely user-friendly and has a great design. It divides servers by activity such as streaming and recommends the best server for each activity. You can use the great app on 7 devices at once, and there are dedicated apps for operating systems like Windows, Mac, iOS, Android, and Firestick TV.

HideMyAss! (HMA) is another great VPN that operates servers in Iran. It has 2 servers in Isfahan, offering 6 local IP addresses. So, if you want to overcome surveillance on Irancell without changing your IP address to a foreign country, HMA is a good option.

HMA operates servers in around 210 countries, which means its server coverage is larger than many other operators. So, if you’re in Iran and want to watch UK or US streaming content, you can easily do so with HMA.

HMA has many great security features. These include AES-256 bit encryption, IP shuffle which changes your IP at regular intervals, and secure protocols like OpenVPN. There is also IPv4, IPv6, and DNS leak protection to hide your real location and DNS requests from operators in Iran.

Finally, HMA operates a zero-logs policy.This bodes well for users in Iran who want to ensure their privacy will be maintained at all times.

Are VPNs Legal in Iran?

Only government-approved VPNs are legal in Iran, and offenders will receive harsh penalties. Iran blocked the free use of VPNs before the country’s election in 2013, stating a desire to prosecute internet users violating state laws. We would recommend checking the latest laws and regulations before traveling to Iran.

How to Get an Iranian IP Address

If you want an Iranian IP address, you can get one in just a few steps. First, you need to get a VPN and ensure it offers Iranian servers. Next, open up the app and scroll through the server list till you find Iran. Tap on the server to establish a connection. When you have an active connection, you should have an IP address from Iran.

How to Check you have an Iranian IP

The best way to check that you have an IP address from Iran is to use an IP checker tool. This will tell you your virtual location, IP address, as well as the network provider you are connected to. If you have an active connection to the VPN server but your IP address has not changed, it is likely that the VPN isn’t working or something on your end is interfering with the connection.

Why don’t many VPNs have Iran Servers?

As mentioned, Iran only allows the use of government-sanctioned VPNs. The government operates a lot of internet surveillance which means that many VPNs that come with no-logs policies cannot afford to offer servers in Iran, as they may need to abide by local Iranian rules. Moreover, Iran can sometimes block access to the internet and offers low-level internet infrastructure which means it is not worth VPNs offering Iranian servers.

However, many VPNs get around this issue by using virtual servers. For example, CyberGhost and HideMyAss! operate Iranian servers, but these aren’t physically based in the country.

Can I use a Free VPN in Iran?

Technically you can use a free VPN in Iran. However, we advise against it for many reasons. Firstly, many free VPNs don’t operate in Iran and are banned by the government. Secondly, even if you use a community-powered free VPN that sends your IP address via another user’s device, it is likely that your VPN use will be exposed to the Iranian government or network provider you use, meaning you could get in trouble.

If you want a VPN for use in Iran or to get an IP address from Iran, we recommend only using premium services, such as those we’ve listed above.

PrivacySharks » 10 Best VPN Services of 2022 » How to use a VPN in Iran and Bypass Blocks on Irancell
Last updated: May 10, 2022
We use cookies (including third party cookies) to secure the website’s functions, statistics and marketing on third party websites. When using the site you accept that we collect and process your personal data for profiling and targeted advertising. By continuing you accept our cookie- and privacy policies. Read more.
OK