An NBA League Pass VPN will ensure you never suffer from blackouts on the streaming platform ever again. With a VPN, you can easily overcome geo-blockswhen watching NBA League Pass and never miss your favorite team’s games.

Since blackouts are based on local and national broadcaster restrictions, you can simply use a VPN to change your IP address and watch these games live from anywhere in the world. This article looks at the best VPNs to overcome NBA League pass blackouts and how to use them. Keep reading to find out everything you need to know!

NBA League Pass blackouts can be frustrating. Due to local and national broadcasting rights, many sports games can’t be shown on NBA League Pass until after the event has ended. That is, unless you are based in the area where the game is being shown.

Fortunately, with a VPN, you can overcome NBA League Pass blackouts and change your location to never miss another game! To start, you’ll need to find a good VPN that can bypass live blackouts; we recommend using one of the VPNs listed below.

Once you have chosen a VPN, sign in to your account, and set up the VPN app on your device. Open the app, and then select a server in the US (or a specific US city if it is a local game) to watch live basketball games without any blackouts!

Now you know what to do in order to overcome blackouts, you need to get a VPN. Below are the best VPNs to watch NBA League Pass without live blackouts getting in your way.

NordVPN will allow access to every NBA Season game, no matter where you’re located. The VPN service boasts an extensive network of more than 5000 servers around the world which means you can avoid NBA League Pass blackouts. For example, you can connect to a server located in Los Angeles to watch live games for the whole NBA season.

NordVPN connection speeds are super-fast and reliable, even on long-distance connections. This means that you’ll never have to worry about interruptions while watching the Brooklyn Nets!

A single subscription with NordVPN comes with 6 simultaneous connections, which is slightly more than the industry average. Like all of the best VPN services, there are dedicated apps for macOS, iOS, Android, Windows, and Linux. There are also manual setup guides for Amazon Firestick TV, Chromecast, and Apple TV so you can watch NBA League pass games on the big screen.

In terms of internet security, the VPN uses military-grade encryption. Not only does this protect your data, but it also prevents your ISP from throttling your bandwidth while you’re streaming NBA League games.

Surfshark will guarantee you don’t endure any blackouts when trying to watch NBA games. The VPN offers a host of great features such as obfuscation on servers to hide your VPN use and ensure you can bypass blocks on NBA League Pass.

With a server network of more than 3200 servers, you’ll be spoilt for choice when it comes to server options in the US. All of Surfshark’s servers are extremely fast and you can use the WireGuard protocol to ensure high-speed connections at all times.

There’s support for iOS, Android, Windows, macOS, Linux, Firefox, Chrome, and a host of other devices. Thanks to unlimited simultaneous connections, users can watch NBA games on any device at any time.

The VPN operates on military-grade encryption, so you can rest assured that no third parties will know you’re streaming NBA League from outside the US. There is a host of other security features, too, including DNS leak protection, which means DNS requests won’t reveal your real location.

Whether you want to overcome NBA League Pass Blackouts or you want to stream other US sports, CyberGhost will allow you to do so seamlessly. With more than 7700 servers spread across 91 countries, CyberGhost can help you access sports content from around the world.

You don’t need to worry about buffering when watching NBA League games. CyberGhost offers super-fast connection speeds for the smoothest sports streaming experience. There is also unlimited bandwidth so you can stream as much sports content as you wish, without going over a data limit.

You can use CyberGhost on 7 devices simultaneously, and there is support for many systems including Smart TVs. This means you can watch basketball games on the big screen instead of just your phone or computer.

Do I Need a VPN for NBA League Pass?

If you’re a big sports fan, then a VPN for NBA League Pass is a necessity. Firstly, you’ll likely encounter live blackouts from time to time since locally broadcasted games won’t be viewable on NBA League Pass until after the game has ended. To overcome this, you can use a VPN to connect to a server location where the game is taking place so that you don’t miss the live-action.

Not only does a VPN help fans both in and outside of the US overcome live blackouts, but it also helps them enjoy a smoother streaming connection. If you’re a streaming fan, you’ll know that sometimes your connection can buffer. This occurs when your network provider throttles your bandwidth to slow down your data consumption. With a VPN, you’ll hide all of your internet activity and prevent any bandwidth throttling from occurring! 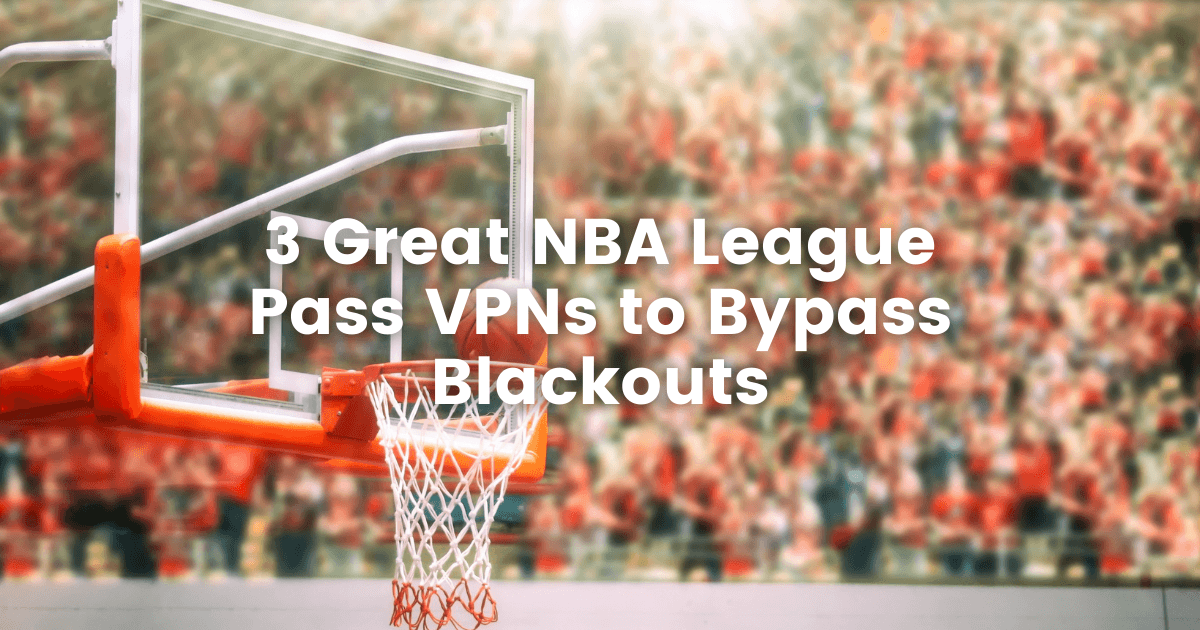 Can I Watch NBA League Pass Outside the US?

Yes, you can watch NBA League Pass outside the US with a VPN. While there is an international version of NBA League Pass for fans living in other parts of the world, you’ll still need a VPN to watch local and national restricted games.

By using a VPN, you can trick NBA League Pass into thinking you’re based in the US from the moment you sign up. You’ll just need to ensure you are connected to a US server and have a US form of payment (like PayPal) on hand in case it is required.

Not many free VPNs work with NBA League Pass; this is simply because they aren’t strong enough in terms of unblocking ability or have data limitations that make them useless for livestreams.

Fortunately, Tuxler VPN and Hola VPN exist. While these VPNs are not considered the most secure options, if you’re just looking for a way to overcome NBA League Pass blackouts, they are excellent.

Both VPNs operate on community-powered networks. This means, if you connect to a US server to watch NBA games, your internet traffic will run through a US user’s device, which changes your IP. Although this means that other users will be able to do what they want online using your IP address, it’s an easy and surefire way to always overcome NBA League Pass blackouts.

Why You Need an NBA League Pass VPN

If you're an NBA fan, you need a VPN; no questions asked. Without one, you'll encounter blackouts due to geographical limitations, preventing you from watching live games. Of course, there are downsides to using a VPN; but the pros far outweighs the cons.

What is a live blackout?

NBA live blackouts are when live games are unavailable in certain geographical locations, leading to a screen 'blackout'. These occur when local and regional TV stations gain the rights to live-stream certain games, meaning they are only available on NBA League Pass 3 hours after they have taken place.

Can I bypass NBA blackouts on mobile?

Yes, you can overcome live blackouts on your mobile device. Most VPNs offer compatible mobile apps, meaning you can watch live sports streams directly on your mobile phone.

What countries is NBA League Pass available in?

You can join NBA League Pass in any country. However, by using a VPN to change your location to the USA, you'll enjoy live games without blackouts and get access to the best commentators.

PrivacySharks » 10 Best VPN Services of 2022 » 3 Great NBA League Pass VPNs to Bypass Blackouts
Last updated: May 9, 2022
We use cookies (including third party cookies) to secure the website’s functions, statistics and marketing on third party websites. When using the site you accept that we collect and process your personal data for profiling and targeted advertising. By continuing you accept our cookie- and privacy policies. Read more.
OK