How To Install VPN on Samsung Galaxy Phone & Tablet

A VPN on your Samsung Galaxy offers countless benefits; automatic Wi-Fi protection on various networks, and the ability to download geo-blocked apps from the Google Play Store.

Not only does this article offer an easy step-by-step guide to installing a Samsung Galaxy VPN, but we’ve also gathered the best VPNs for Samsung devices. To ensure you get the best VPN possible with advanced security features and unblocking capabilities, make sure you check out our list below.

How to Install a VPN on Samsung Galaxy Phone or Tablet

There are a couple of ways to get a VPN on your Samsung device; the option you choose depends on whether you prefer third-party apps or Samsung UX.

Most VPN services offer dedicated Android VPN apps that will work on your Samsung Galaxy devices seamlessly. To install this, you need to visit the Google Play Store and type in your VPN of choice’s name into the search bar. When the VPN service appears, tap on it and click ‘install’. 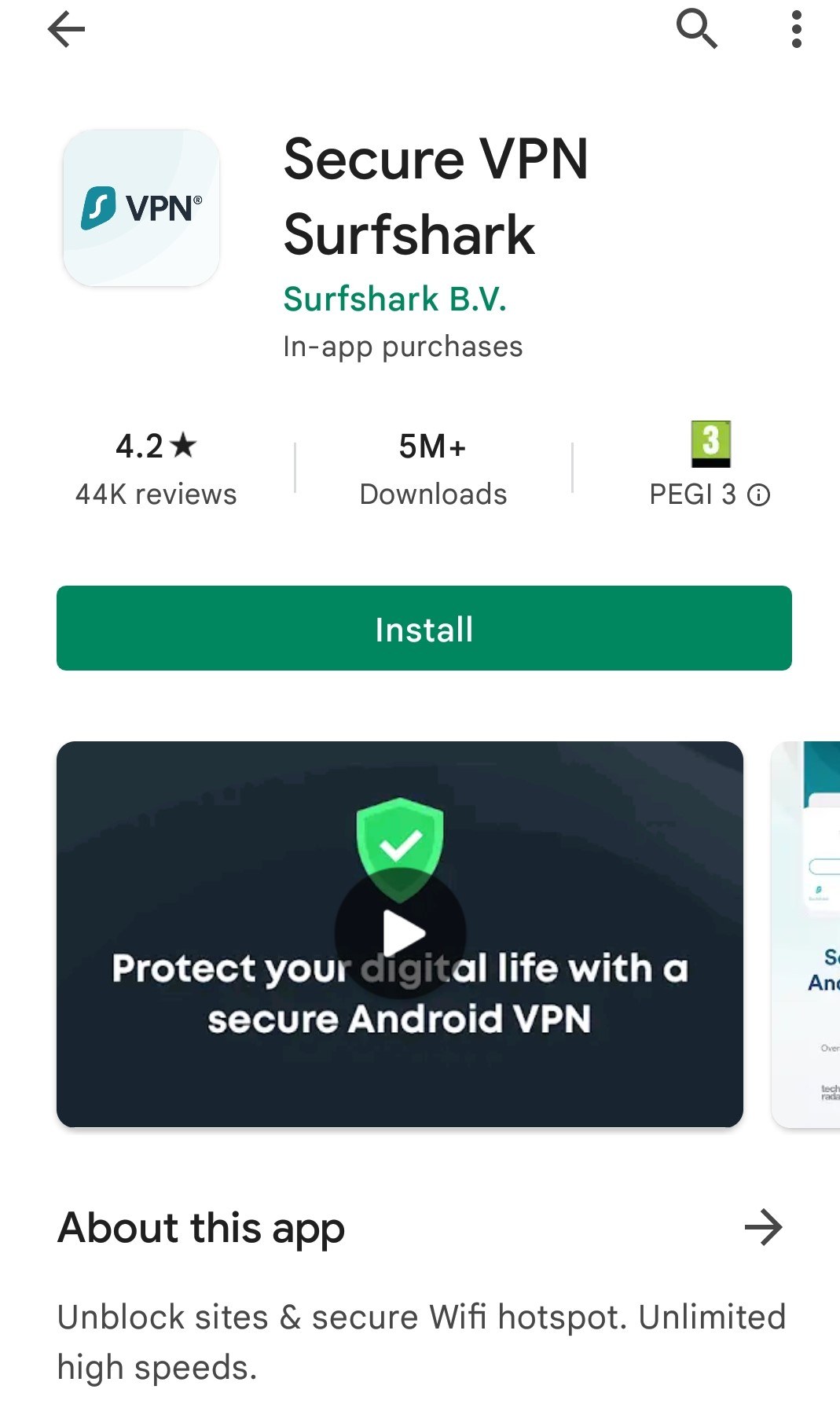 After installing the app onto your device, the VPN app icon should appear somewhere on your home screen. Tap on it to open. You can then log in with your account credentials, or sign up for an account.

When you have a VPN subscription, you need to open the Settings > Connections > More Connection Settings > VPN.

In the VPN section, tap More > Add VPN Profile. You’ll then need to enter your VPN details such as the network name, which protocol it runs over, the server address, and your username and login information.

VPNs have become increasingly popular in recent years as internet users seek to protect their online security and privacy. Therefore, it makes sense that you want to access a VPN on your Samsung Galaxy devices too.

However, it is necessary to be aware that there is a wide choice of VPN services available on the Android Play Store, many of which are untrustworthy and unsafe to use. So, we’ve compiled a list of the best VPN providers that offer premium apps for Samsung Galaxy.

NordVPN is a top-rated VPN app that makes a great choice for Samsung Galaxy devices as is available directly from the Google Play Store. The apps may not be the most sophisticated, but there are super-fast connection speeds and advanced security features.

Military-grade encryption will protect all of your internet connections, as will NordVPN’s strong protocol options. There are additional security and privacy features, like the Double VPN feature that sends your internet traffic through two servers instead of one. There is also private DNS on many servers for additional protection.

NordVPN also offers a no-logs policy; essentially nothing you do while connected to NordVPN will be monitored or stored by any third parties.

The NordVPN Android app includes some handy features that you can enable. These include split tunneling, a kill switch, and the option to activate an automatic VPN connection whenever you access a public Wi-Fi network.

Thanks to a large server network with over 5,000 servers worldwide, you can change your virtual location from the comfort of your own home. This makes it easy to unblock apps in the Google Play Store and change your location on Samsung Galaxy apps.

Surfshark is a great VPN for Samsung Galaxy since its sleek app design perfectly complements Samsung’s software. Unlike most other VPNs, Surfshark’s Android app closely reflects its desktop version. This means that you’ll have easy access to all of the provider’s security features that are available on desktop too.

Some of the great security features that Surfshark offers include AES-256 bit encryption on all servers, a kill switch, and IPv4 and DNS leak protection.

Surfshark is also one of the only VPN providers to offer a GPS spoofing feature for Android. This will allow you to spoof your real geographical location which makes it extremely easy to unblock geo-restricted sites and apps. In fact, Surfshark is one of the best VPNs for unblocking Netflix.

If you need assistance while setting up the mobile phone VPN, there is 24/7 help available via live chat. You can also raise a support ticket directly from the mobile app, but the VPN is so easy to use, you will likely not need to use it often.

You will likely want to use the VPN across all of your devices. Thankfully, Surfshark delivers excellent dedicated apps for Windows, Android macOS, and Linux. Every subscription comes with an unlimited simultaneous connections policy so that you can protect your Samsung Galaxy mobile and tablet as well as other devices.

ExpressVPN is one of the best overall VPNs on the market, and it makes an excellent choice for Samsung Galaxy users. The dedicated Android app is well-designed and extremely easy to use, even if you’re a VPN newbie.

Once the app is ready to use on your Samsung Galaxy phone or tablet, you’ll have access to more than 3,000 servers across 94 countries worldwide. The Android app is even available in 16 different languages to suit every user.

The ExpressVPN app offers some interesting features. These include a useful location picker, unsafe connection detection, and split tunneling; this is especially helpful if you want to separate your activities while streaming, browsing, or torrenting.

Privacy and security features are first-rate; every server has AES-256 bit encryption and DNS leak protection. You can also connect to a host of secure protocols including ExpressVPN’s proprietary Lightway protocol.

If you are looking to install a VPN on your Samsung Galaxy or any other Android phone, Hotspot Shield is a fast and simple option.

Hotspot Shield comes with 5 simultaneous connections and there are dedicated apps for Android and Windows, macOS, and iOS. You can connect to over 3,200 servers using the Hotspot Shield apps.

The Catapult Hydra protocol offers incredibly fast connection speeds. This means your streaming and gaming activity on your Samsung device won’t be slowed down at any point. In fact, Hotspot Shield has been voted the fastest VPN on the market.

The Android client for Samsung Galaxy is well designed and offers a simple automatic connection button to get protection with a single tap. Unfortunately, Hotspot Shield’s mobile clients do not offer the same list of configurable settings as some of the other VPNs on this list. But, if you’re looking for a fast and simple setup that will offer secure protection for your online data, it is still a great choice.

IPVanish delivers an excellent Android VPN that works on Samsung Galaxy devices. The app is easy-to-use and offers many of the same functional features as the desktop version. There is a large amount of information available on the client interface too regarding server loads, which is helpful for users.

There is no limit on the number of devices you can connect to the VPN, thanks to IPVanish VPN’s unlimited simultaneous connections policy. Install the VPN on your Samsung Galaxy tablet, phone, and even your Windows PC if you want to.

Some of the VPN’s excellent security and privacy features include AES-256 bit encryption, the ability to scramble your VPN traffic to hide your VPN use, and various security protocols.

Finally, IPVanish is a great VPN for streaming. It can unblock a long list of streaming services including Netflix, BBC iPlayer, Hulu, and Amazon Prime Video.

Benefits of Installing a VPN on Samsung Galaxy

Your Samsung Galaxy phone or tablet enables you to play games, stream TV shows and films, bank online, and chat to friends. However, using a VPN can enhance your experience and open up many more opportunities.

Firstly, with a VPN on your Samsung Galaxy device, every internet action you make will be completely protected by advanced encryption. This means no third parties, including app trackers or public Wi-Fi network providers, will be able to see what you’re doing. If you use your Samsung Galaxy device on public Wi-Fi hotspots, then we strongly recommend that you install a VPN to avoid snoopers from potentially accessing your sensitive information.

A VPN also enables you to unblock geo-restricted apps on your phone. For example, if something is unavailable in your region in the Google Play Store, you can connect to a VPN server to change your location. Moreover, you’ll be able to watch foreign Netflix content on your phone or tablet by using a VPN.

Why isn’t my VPN Working on Samsung Galaxy?

Sometimes VPNs don’t work, but there are usually reasons why. If you find that your VPN isn’t connecting or working properly on Samsung Galaxy devices, it could be for a number of reasons. Firstly, if you have set up a manual connection, then you may have entered data wrong. Remove the current connection and add a new one with the correct server address and protocol.

If you’re using a third-party app, then it could be that something is interfering with the VPN connecting. Check that you don’t have a firewall enabled, or even another VPN server connection running in the background.

Your app data may also be giving away your real location due to your browsing history. Clearing cache data from your device regularly will ensure that you can successfully connect to a VPN when you need to.

The best free VPN for Samsung Galaxy depends on what you’re looking for. If you want unlimited access to geo-restricted sites then we recommend a free VPN with no data caps such as ProtonVPN, Tuxler VPN, or Hola VPN. Tuxler and Hola both provide faster speeds, but are less secure than ProtonVPN, which operates military-grade encryption and a no-logs policy.

A great free VPN for security is PrivadoVPN. However, this VPN comes with a monthly data limit of 10GB and also only offers access to servers in 6 locations. Likewise, ProtonVPN limits its free plan users to servers in just 3 countries, whereas Hola VPN and Tuxler VPN have great free coverage.

No free VPN is perfect, and depending on the one you choose, you will be sacrificing security, speed, or freedom. You can find out more about these free VPN options below.

PrivacySharks » 10 Best VPN Services of 2022 » How To Install VPN on Samsung Galaxy Phone & Tablet
Last updated: May 10, 2022
We use cookies (including third party cookies) to secure the website’s functions, statistics and marketing on third party websites. When using the site you accept that we collect and process your personal data for profiling and targeted advertising. By continuing you accept our cookie- and privacy policies. Read more.
OK