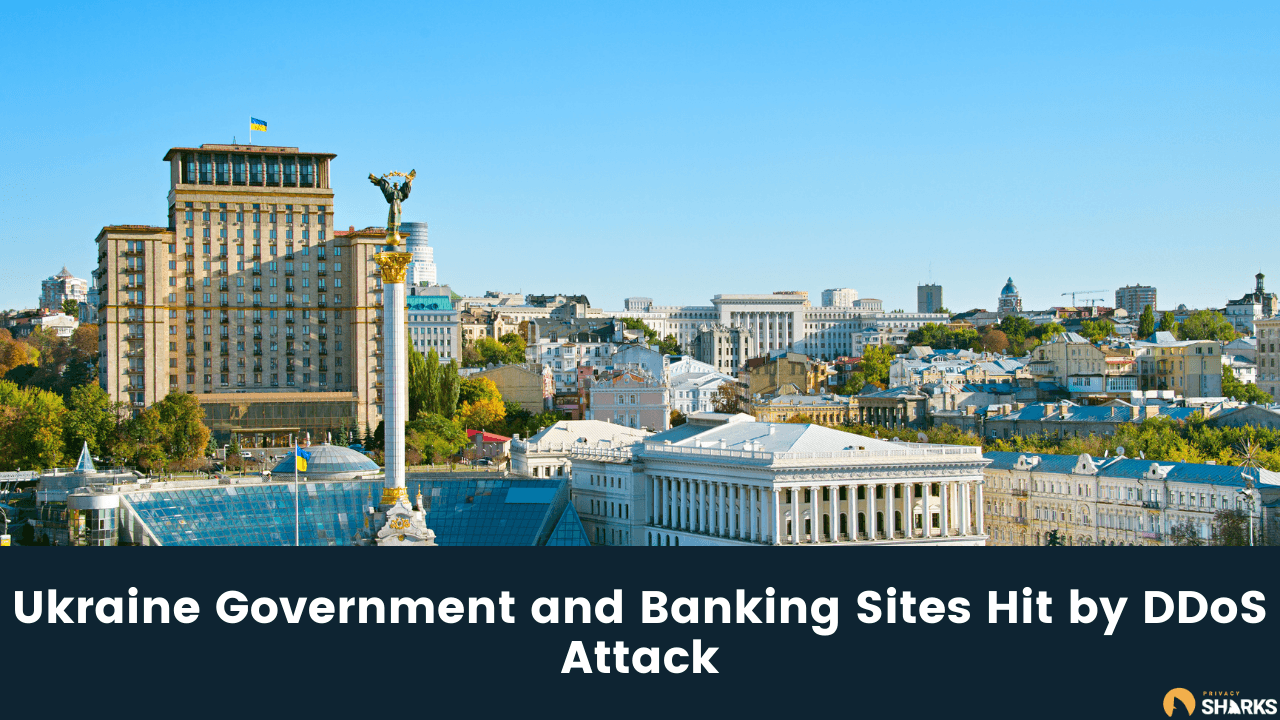 Ukrainian government and banking sites went offline for several hours on Tuesday 15th February 2022. A Distributed-Denial-of-Service (DDoS) attack was to blame, with servers becoming overloaded, causing the websites to go down temporarily. Given the current climate in Ukraine, many people suspect Russian interference.

Although Russia has carried out digital attacks in Ukraine in the past, there is currently no evidence that links the Russian Federation to this recent blackout. However, the disruption has created global concern as many nations fear Russia will launch a cyberwar against Ukraine.

Which sites were affected?

Several sites were affected by the DDoS attack. The Ukrainian Defense Ministry’s network was knocked offline on Tuesday afternoon, as were two of Ukraine’s largest banks, Privatbank and Oschadbank. These websites were offline for only a few hours before they were up and running again by Tuesday evening. However, this disruption affected many Ukrainian residents who could not access their online banking accounts for some time.

Why did the sites go offline?

The State Service of Special Communication and Information Protection of Ukraine released a statement confirming that a DDoS attack hit the affected websites. DDoS attacks are widespread and involve sending malicious traffic to servers to overload them. In doing so, websites and networks can be affected and go down for several hours as the server cannot handle the mass amount of traffic.

Was this a data breach?

This Distributed-Denial-of-Service attack in Ukraine was not a data breach. No networks were infiltrated, and no confidential data was stolen. However, this doesn’t mean that the cyberattack isn’t a cause for concern. DDoS attacks are highly effective in bringing down government and company networks and can significantly disrupt the online infrastructure that we rely on.

Given the current political climate, many fear that this is just a taster of what is to come. If Russia were to launch a full-on cyberattack against Ukraine, the consequences could be far worse than websites being down for several hours.

What does this mean for Ukrainian citizens?

Ukrainian citizens are worried, and rightly so. Although the attack was short-lived and access to the affected sites was restored relatively quickly, the cyberattack indicates what may lie ahead. According to NBC News, past events demonstrate that Russia usually carries out a cyberattack before an invasion.

DDoS attacks can bring down entire networks, and security breaches could affect power grids in Ukraine, resulting in the country’s power being switched off. This may lead residents in Ukraine vulnerable since they might lack access to necessary resources. Moreover, living in a constant state of fear of cyberattacks could increase levels of anxiety, depression, and stress amongst Ukrainian citizens.

Furthermore, the fact that a government website was targeted is worrying for residents in Ukraine. Ukrainian citizens rely on the government to resolve issues and protect the nation against digital and physical threats. By attacking a government network, whoever is behind the attack is sending a threatening message to the Ukrainian government and testing its power.