Ukraine Requests Help from Volunteer Hackers to Help Against Russia 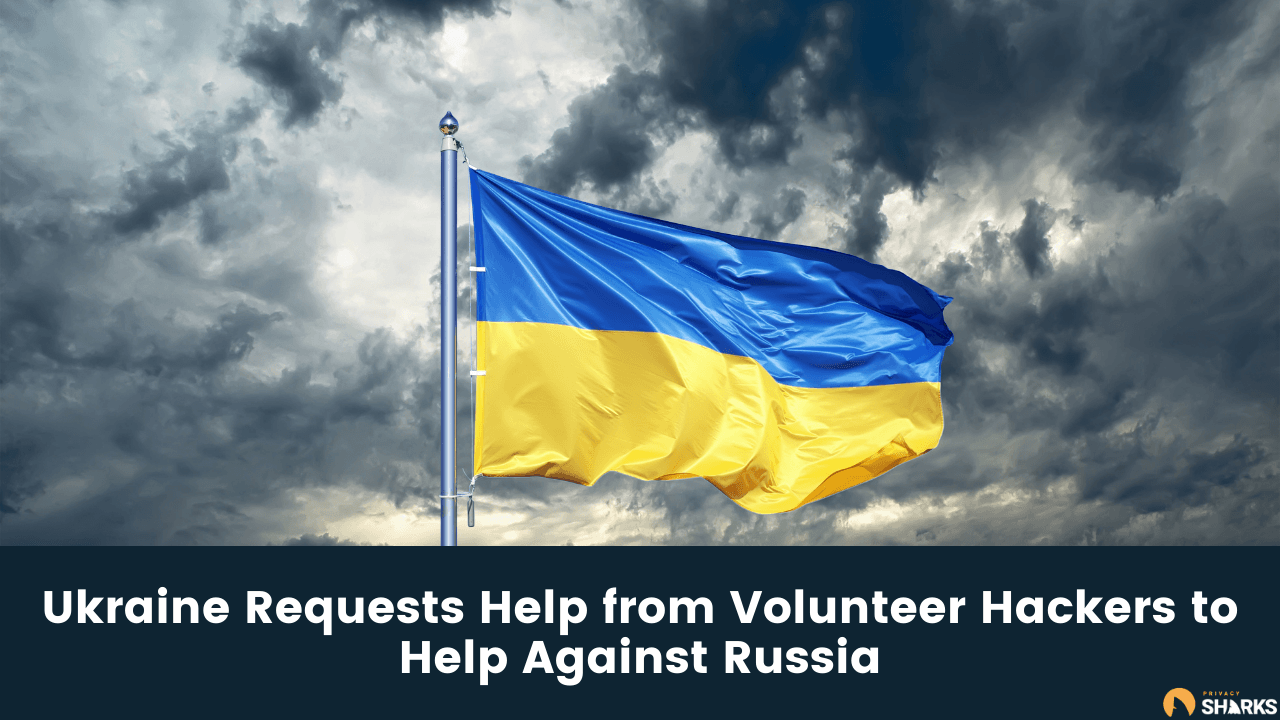 The Ukrainian government is asking underground hackers to volunteer and help protect the country’s infrastructure against potential Russian attacks. As well as this, there are requests on popular hacking forums for hackers to carry out cyber espionage operations against Russia, as the conflict in Ukraine continues.

The appeal to the hacker underground for help reads, “Ukrainian cybercommunity! It’s time to get involved in the cyber defense of our country”. Volunteers were asked to complete a Google Doc form to apply. This plea for help was posted by Yegor Aushev at the request of a Defense Ministry official and appears to be a last-ditch effort to protect Ukraine against potential cyber-attacks on power and water plants. Unfortunately, the government of Ukraine does not have an official military cyber force, which leaves the country vulnerable in many areas.

If the events of 2015 are anything to go by, when a Trojan shut down the Ukraine power grid, Ukraine’s most important systems are likely to be targeted in the coming days. However, given that Russia is already on Ukrainian soil, many wonder if the request for help from the hacker community is too late.

Could you be a part of Ukraine’s cyber military force?

Ukrainian cybersecurity experts could play an integral role in the country’s virtual defense. The government is looking for hackers with specific cybersecurity knowledge, such as malware development.

Successfully applicants will then be split up into offensive and defensive groups. The defensive team will be responsible for protecting Ukraine’s infrastructure from the likely Russian attacks that are going to occur. Offensive actors will carry out spy missions to stay informed regarding Russia’s next moves on the battleground.

Applicants are asked to apply by listing their skills and providing professional references so that they can be vetted. Unfortunately, it appears that foreign hackers cannot officially get involved. While the official post seems to have been removed from hacking forums hackers can still reach out to the government via one of its official channels.

Russia has a long history of cyberwarfare against Ukraine

Russia has been carrying out cyberattacks against Ukraine since 2013. The most notable of these include mass DDoS attacks during the Russian invasion in 2014 and power grid hacks in 2015 and 2016, which resulted in thousands of Ukrainian citizens losing power. The NotPetya malware attack of 2017 affected integral Ukrainian infrastructure, such as the radiation monitoring system at Chernobyl. The National Bank of Ukraine was also targeted during the NotPetya cyberattack.

Over the last week, DDoS attacks targeted several of Ukraine’s military websites and banks. These were assumed ‘test attacks’ carried out by Russian operatives and were viewed by many as a precursor to the invasion that began on 24th February.

Given the history of Russian cyberattacks against Ukraine, many experts wonder why Ukraine has not developed an official military cyber force sooner. Indeed, Yegor Auschev has acknowledged that it may be too late.

Russia has the upper hand in cyberwarfare

Russia has some of the most advanced state-backed hacker groups in the world. Russian hacker groups have a 32% success rate when it comes to breaching US government organizations, a country known for its advanced cyber defenses. Since Russia is one of the strongest countries when it comes to cyberattacks, even infiltrating US government sites, it is no wonder that Ukraine is seeking help from its country’s best hackers.

Although the war is mainly taking place on land and in the air, experts don’t doubt that cyber warfare could become a more significant part of the battle. Russian cyberattacks on Ukraine are nothing new, and it is likely that Russia will use cyberattacks to strengthen its military actions and get the upper hand in warfare. For example, experts believe that attacks will be focused on infiltrating or disrupting communications between Ukrainian troops and commanders.

Given the strength of Russia’s cyber operative groups, it is unlikely that Ukraine’s newly put-together team of hackers will launch attacks on Russia. Instead, Ukraine is reaching out to hackers to primarily defend itself against the almost-certain Russian attacks that are going to occur.

The US fears a domino effect

Ukrainian-Russian cyberwarfare has historically embroiled other nations. For example, the NotPetya attack in 2017 didn’t just affect Ukraine; the US, the UK, France, Germany, Italy, and Poland were all reported to have been affected by this type of ransomware. US pharmaceutical and food companies were brought down by the malware, as were entire hospital systems.

There are fears that any cyberattacks launched in Ukraine will filter out into the rest of the world. Given how malware spreads, it is likely that if something similar to the NotPetya attack occurs, Europe and the US could feel the effects of this too.

So far, the US and the UK have imposed the strongest sanctions against Russia for its actions in Ukraine. However, there are fears that these sanctions could spark retaliation from the Russian Federation via cyber attacks. Russia may well order hacker groups to carry out attacks similar to the Colonial Pipeline hack in 2021, which greatly disrupted the largest fuel pipeline in the US.

Given the likelihood that cyber warfare between Ukraine and Russia could affect other countries, it is likely that western nations will develop or build up their military cyber defenses in the coming weeks and months.

Some hacker groups are already fighting back

While Ukraine is appealing to its underground hacker network for help, other hacker organizations have already launched attacks against Russia. Anonymous, the independent hacking group, announced on Twitter that it has taken down several Russian government sites and infiltrated the Kremlin-owned television channel RT. It has also launched attacks against many internet service providers, including Com2Com and Relcom. 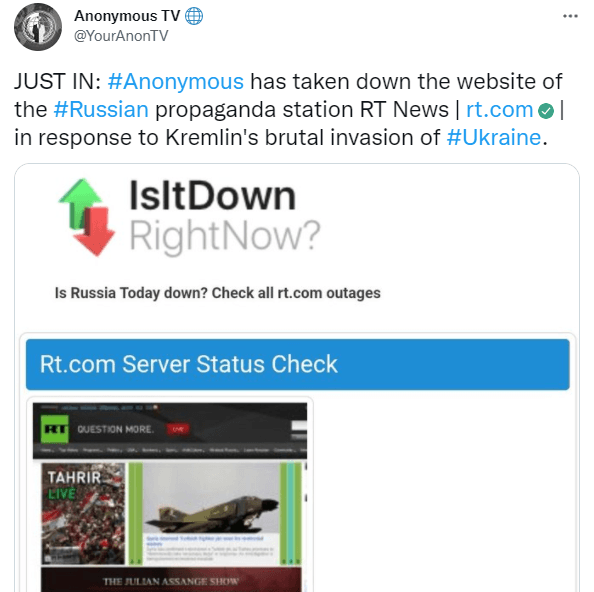 It seems as though a large part of the Russian-Ukrainian conflict will play out online; however, what exactly is to come remains to be seen. Only time will tell how far the Russian Federation will go regarding cyberattacks and how well-prepared Ukraine will be to defend itself.