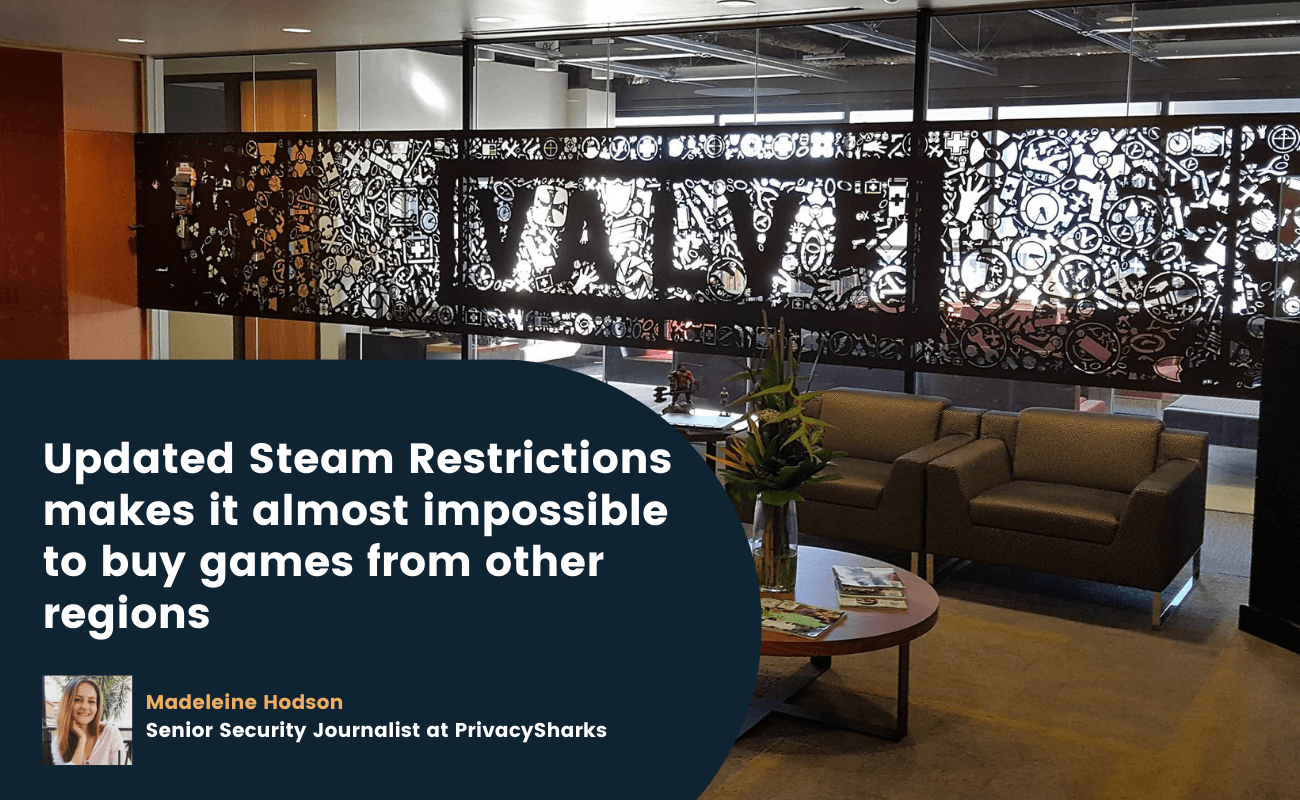 Just in time for the largest Steam Summer Sale in 2021, Valve Corporation has introduced a new restriction that limits how often you can change your location in your Steam Account. “Your account’s country may not be updated more than once every 3 months,” SteamDB reports on Twitter.

We’re currently in touch with Doug Lombardi, VP of Marketing at Valve Corporation, and expect a statement shortly. We’ll keep you posted…

In a blow to gamers everywhere, Valve has imposed new restrictions that prevent users from frequently changing their Steam account location. This controversial move by the game developer aims to stop individuals from purchasing games at cheaper prices.

SteamDB called the situation “a further crack down on people buying games in cheaper regions,” noting that users are now not permitted to change their country more than once every three months.

The announcement of the new implementation comes at an unfortunate time since the Steam Summer Sale 2021 is set to begin on June 24th, meaning many users will miss out on enjoying lower prices in other countries.

What does this mean for gamers?

This new limitation will seriously affect many gamers who employ VPNs and other location-spoofing software to purchase games at lower prices. Since games are priced differently in regions, due to local economies, many users end up paying more than their peers who live elsewhere.

Valve’s decision to stop account location changes will affect many US residents who often take advantage of the cheaper prices enjoyed elsewhere in the world. For example, many gamers change their country to one in South America to purchase games at a fraction of the co 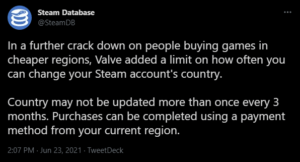 On Twitter, SteamDB also mentioned that “purchases can be completed using a payment method from your current region.” Although this rule was implemented in 2020, it presents another barrier to gamers who want to enjoy lower prices. By only accepting regional payment methods, many people will be unable to purchase games in other currencies and will miss out on potential savings.

Is the move legal?

While geo-blocking is nothing new, Valve’s attempts to prevent users from making the most of prices in other countries has angered the EU. According to a report by gamesindustry.biz, the European Commission launched a lawsuit against Valve and several other game developers in early 2021, citing that their geo-restrictive rules breach EU antitrust laws.

So, it seems that Valve’s latest decision to stop users from changing country locations may not be permanent. What are your thoughts on this development? Let us know in the comments below!